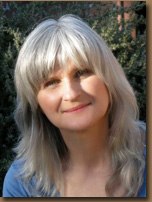 “You can learn more about a person in one hour of play than a year of conversation."
~Plato

Sand Play for the Soul:
Awakening the Power of YOU to New Worlds of Possibility 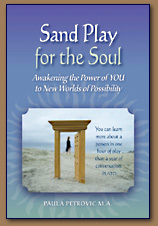 Sand Play for the Soul unlocks the magic and mystery of one of life’s greatest hidden treasures. Journey with a powerful ally of infinite resource on an adventure of a lifetime!
Learn More... 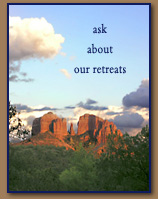 Imagine embarking on a
Life-Awakening event embraced by awe-inspiring terrain amidst a majestic landscape… while discovering within you a resource of epic intelligence capable of transforming your life in ways never before experienced... AND have fun and feel rejuvenated!
For more on Sedona, Arizona Retreats

Things can change in a ‘blink of an eye’, though the cause of the change may have been brewing for a long time. Often we do not know the full story of what triggered the unexpected event or in the psyches of those involved. We may think we know, and make all sorts of assessments based on what we think we know, but the reality is we may only know one snippet of the story. 2014 felt like that for me.

Two people who touched my life in a significant manner recently passed away unexpectedly. It gave me pause to re-examine my life and how I live it. Both men had a similar brilliance of spirit and intelligence. One was known on a global scale, the other where he lived. Though I only knew Robin Williams by reputation his death was felt worldwide, and my buddy, Tony C., continues to be missed by the many who knew him. Both men loved to make people laugh and their deaths took us by surprise. The gift of who they are shines on.

I wonder if my dear departed father will cross paths with them at some point in existence as they embark on their new journeys beyond the earthly plane. My dad, much like these two souls, shone bright in spirit, and he too had his own brand of challenges in life. In the last years of his life he found peace within himself. As for Robin and Tony, who were 20 plus years younger than my dad when they passed, the story behind the scenes shortly before their transition remains a bit of a mystery.

Tony came to me in a dream recently and he was looking fit, happy, and having fun in his new place of expression. He asked if I wanted to spend more time with him. I smiled upon waking from my dream. Robin Williams, wherever he may be, is no doubt embarking on the next phase of his journey “beyond!” And my dad… he’s one very happy being! Before he died he spoke at length with me about where he would be after he finished his earthly walk. He knew he was going to a garden oasis, a mirror image of Earth, where paradise was a reality, not a dream. There were times this past year I wanted to join him. And then I had a “wake-up call” health-wise. Everything I thought I knew was being called into question.

It soon became clear the current chapter of my life needed some editing, or the conclusion of “Paula’s walk” on this dear planet might come to an end sooner than expected. I was being asked to title that chapter, “What about Paula?” People of service who love doing the work they do- myself included- sometimes need to modify how their service is done. The reality is our physical bodies are not invincible. Taking time-outs to allow for personal rest and playtime in whatever way the heart fancies, and not feeling guilty about it, has its challenges. The dedicated, responsible self, who excels at service work too often forgets his or her own limitations and need to alter this habit. I know this pattern of behavior well.

It is indeed time for Paula to create new worlds of possibility in her own sandbox of life in a much more expanded, easeful, and balanced manner. My book “Sand Play for the Soul” invites us to dialogue with a innate resource of infinite intelligence through the process of SandWorks® as a means to do just that. As the wise saying goes “We teach what we most need to learn. “ As my dad would say… “Holy Doodle… what are you doing my beloved daughter? You DESERVE to experience paradise on earth. LET LIFE IN! Let the universe feed your soul. You will have that much more to give others… and YOURSELF as well!”

To all, let life’s abundance in. You deserve it! Wishing you a wonder-filled Happy New Year in 2015!